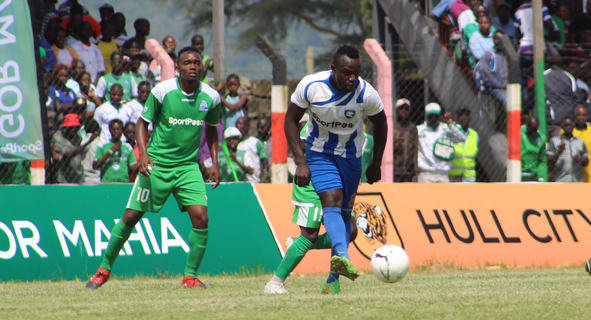 The Kenyan Premier League has officially written to Ulinzi Stars FC informing them of the postponement of their clash with leaders Gor Mahia scheduled for Sunday 13th May.

Gor Mahia will be taking on English Championship side Hull City Fc at Kasarani 13th May hence the move to postpone the clash.

A statement by KPL read: “The 2018 SportPesa Premier League Round 15 match between Ulinzi Stars and Gor Mahia which was scheduled to be played at Afraha Stadium on Sunday, 13 May 2018 has been postponed”

“A new date for the match will be communicated in due course,” the statement concluded.

Ulinzi Stars FC were still preparing for the weekend clash since no official communication had landed at their desk by yesterday.The team had even started hyping the clash on their Social Media pages.

Don't worry about weekend plans, on Sunday 13th May we got you covered. Come watch the Real Soldiers taking on the Green Army at Afraha Stadium starting 3pm #UlinziStarsDaima #KPL2018 #ULIGOR pic.twitter.com/d4N8gF6FvU

Though billed as a good exposure match for Kenya football, the postponement has led to questions on priority given to KPL matches over friendly matches.

Sources intimated to michezoafrika that the decision did not go  well with Ulinzi Stars since they were not consulted but bullied to accept the change. The Gor Mahia vs Hull City friendly match is facilitated by SportPesa while Ulinzi Stars are sponsored by EliteBet.

“We have received your application form for hosting the above-mentioned friendly match scheduled to be played on the 13th of May 2018 in Moi Sports Center – Kasarani Stadium in Nairobi, Kenya.

“We are pleased to inform you that CAF has no objection on your hosting of the said friendly match on condition that it is organized in conformity with FIFA Regulations.

“Kindly note that the above mentioned match should not clash with the organization of any CAF official match in the same stadium. In case of any clash, the priority goes to CAF official matches,” read part of the reply from CAF.