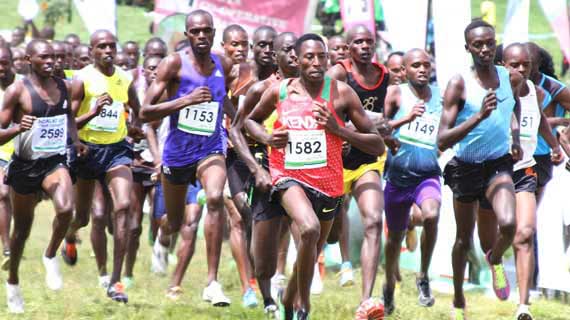 Former world  Marathon champion Stephen Kiprotich of Uganda is hopeful of a victory at the  IAAF World Cross Country championships this month on home soil.

The world cross country will be held at Kololo in Uganda on March 26.

Kiprotich who beat Kenyans at the 2012 Olympics and 2013 world championships will employ the same script hopefully when he lines up before home fans.

He is leading a home team to the global event where he is expected to secure some slots owing to the huge fan base they will be enjoying.

According to Kiprotich, competing at home will motivate them before the huge crowds and their focus is to deliver the titles.

“Personally I am very excited and happy that the global event will be happening at home. Having competed in cross country before, this time I am targeting a win,” Kiprotich said.

“I am not new on the grass and I have some experience. The team too is motivated and hopeful of sweeping medals at home,” said Kiprotich who won the 2012 Olympics gold in marathon and went ahead to get the same title at the 2013 world championships.

He will be flying the flag with the national cross country champion Joshua Cheptegei, Philip Kipyeko,Abdallah Kibet and Tomothy Toroitich.

Kiprotich, born at Kapchorwa village,  became the second Ugandan athlete to win an Olympic gold after the one won by Jonh Akii-Bua in 400m hurdles in the 1972 Olympics.