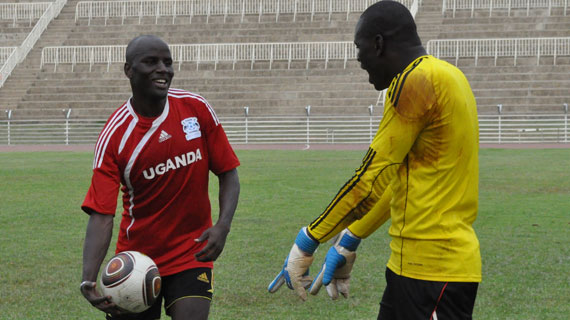 Uganda Cranes on Friday night played to a barren draw against their hosts -Ghana Black Stars- in their opening match of Group E in 2018 World Cup qualifier in Tamale.

Uganda however were lucky to escape a red card when  defender Nicholas Wadada was yellow-carded twice though the referee failed to red card him. Noting the luck , Uganda coach Milutin 'Micho' Sredojevic ejected the defender for Hassan Waswa.

The barren draw away in Ghana was a good result for Uganda Cranes who also held the same side to a 1-1 draw during the 2015 Africa Cup of Nations qualifier before winning the return leg in Kampala Uganda.

Uganda is the only East African team to have qualified for the 2017 Africa Cup of Nations and their positive start against  the Black Stars  is their first step towards a dream world Cup.