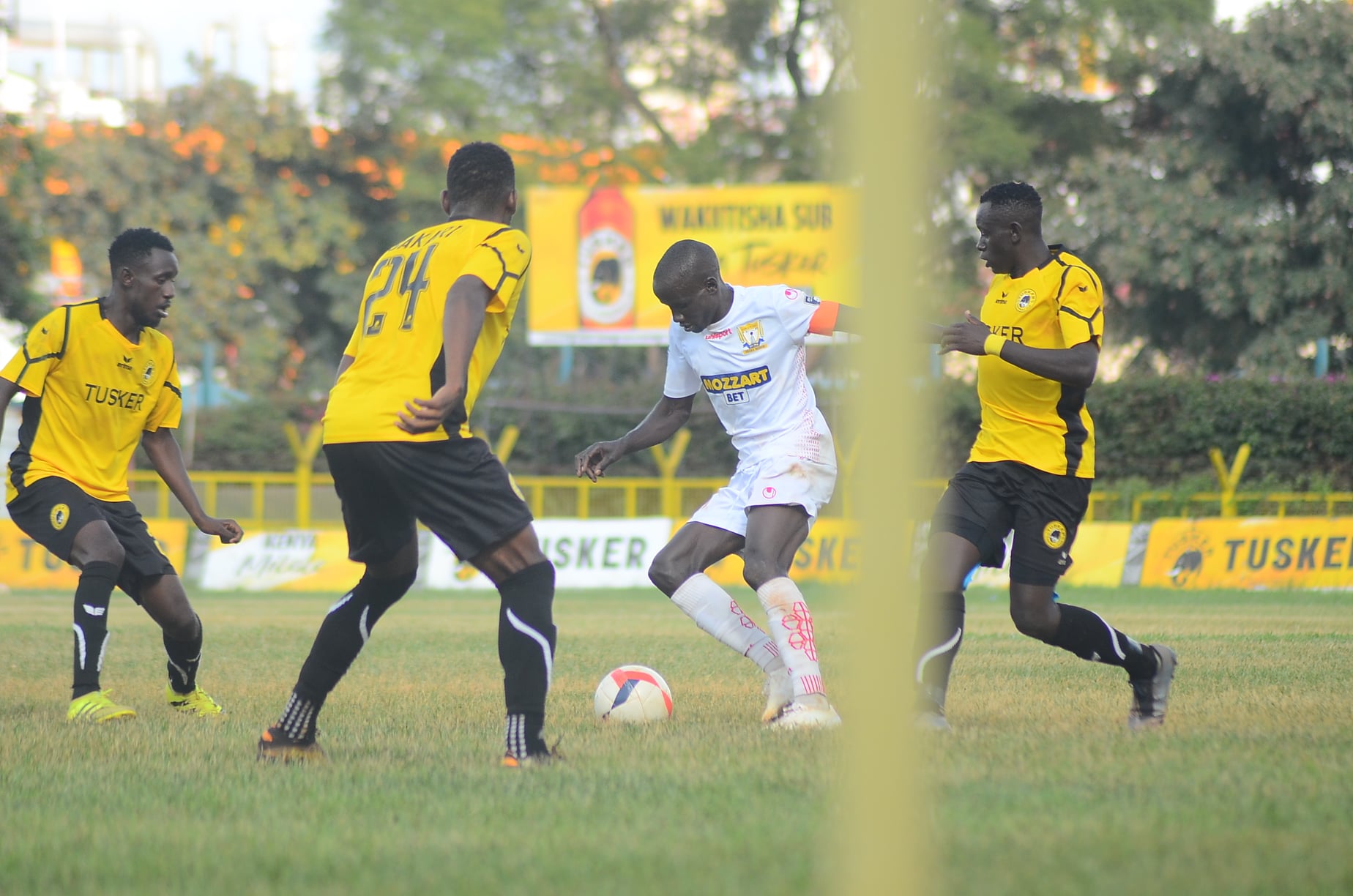 Tusker headed into their fixture at Ruaraka against Kakamega Homeboyz placed second on the log, trailing Homeboyz by four points.

Action between Tusker and Homeboyz/Photo/Kakamega Homeboyz

Tusker headed into their fixture at Ruaraka against Homeboyz placed second on the log, trailing Homeboyz by four points.

Ibrahim Joshua gave Tusker the lead with a 19th minute goal before Deogratious Ojok doubled the lead in the 86th minute to secure the result for Robert Matano’s charges.

Following the result, Homeboyz remained top of the log on 56 points with Tusker now on 55 points, making the next five rounds of the competition all the more interesting.

Over at Kasarani, Gor Mahia and AFC Leopards played to a 1-1 draw in the 91st Mashemeji Derby.

Victor Omune gave Leopards the lead with a 29th minute goal before Benson Omala getting Gor’s equalizer in the 50th minute.

Sharks got their goals through Patila Omoto, Eric Mmata and Steve Otieno while Bullets relied on a Vincent Ogola brace with the Robert Arrot and Philip Muchuma adding a goal apiece.

KCB and FC Talanta shared the spoils at Kasarani Annex, settling for a 2-2 draw as Nzoia held Kenya Police scoreless in Bungoma.