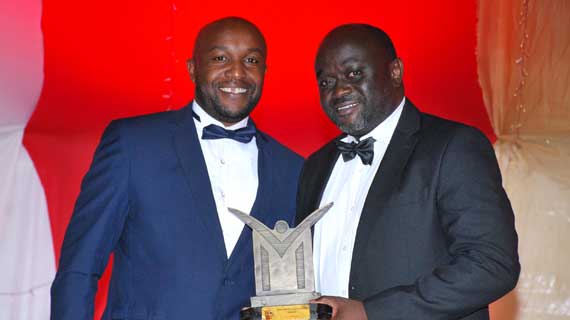 With the seventh edition of the Magharibi Michezo Awards set to take place on 23 December 2019 in Bungoma County, the awards nominating academy has released the names of the male and female player of the year nominees in the rugby category.

Kenyan internationals Johnstone Mung’au, Samson Onsomu , Michael Wanjala, Janet Okello and Christabel Lindo are among the nominees in contention for the awards.

Mung’au, who plays his club rugby at Kabras Sugar was in great form last season as his side finished runners up to KCB in the Kenya Cup, the top tier club competition in Kenya. His performances also saw him make his international debut for the Kenyan national fifteens team, The Simbas.

Onsomu, an alumnus of Bungoma High School has been a pivotal member for his club side Resolution Impala Saracens and The Simbas, and was once again a key pillar for club and country.

Michael Wanjala, an alumnus of Kakamega High School was key in KCB’s successful Kenya Cup defense which culminated in the dramatic 23-15 win over Kabras Sugar in Kakamega on May 18. He was also part of the KCB squad that won the 2019 Stanbic Bank National Sevens Circuit. Like Mung’au, he also made his international debut for The Simbas off the back of his performances.

Other nominees in the male category include Stanbic Mwamba’s Joel Inzuga who starred during the Stanbic Bank National Sevens Circuit, featuring prominently as his side finished second overall. He was also part of the Mwamba squad that reached the Kenya Cup semis for the first time in six seasons. Menengai Oilers center Austin Sikutwa who turned in eye catching performances as his club side made an impact on their Kenya Cup debut.

Stanbic Mwamba and Kenyan international Janet Okelo was instrumental in the Kenya Lionesses qualification for the 2020 Tokyo Olympics when they finished second to South Africa at the Africa Women’s Sevens in Tunisia in October. She has also consistently turned in strong, match winning performances for the Lionesses.

Also making the shortlist in the women’s category is Christabel “Tata” Lindo. Lindo’s star is certainly on the rise. The Impala youngster has broken into the national team with a series of outstanding performances.

The other nominees in this category are Naomi Amuguni and Stella Wafula who have equally and consistently put out strong performances over the season.