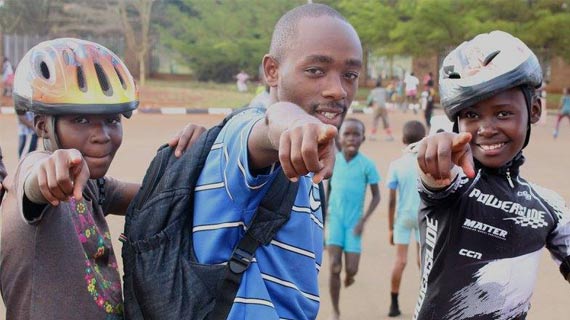 Bungoma  town will this weekend host the Ignite Bungoma Skates Festival. The Festival will run between 17th and 20th December and will be hosted as a partnership between Nairobi based Hope Raisers skating club & other clubs, Michezo Afrika and the Magharibi Michezo Awards.

This will be the first time that a major skating festival is being held in Bungoma with organizers targeting to attract a high number of local youngsters who will receive specialized training.

Festival coordinator Mutura Kuria said, “We are excited to bring skates to this region and we are looking forward to great times here. This region is known to produce talented athletes across the board and we are looking at the potential of producing national champions here.”

Mutura, who is a director at Nairobi based Hope Raisers Skating club, also added that the  event is expected to open up skating opportunities in the Western region as the clubs look to  popularize the sport across the country.

It is expected that clubs from around the region will take part in the competition with over 50 top skaters and juniors already having confirmed their participation.

The Skates Festival will coincide with the 2015 edition of the Magharibi Michezo Awards to be held in Bungoma on the night of 19th December  where top athletes and  coaches will be rewarded for an excellent season.