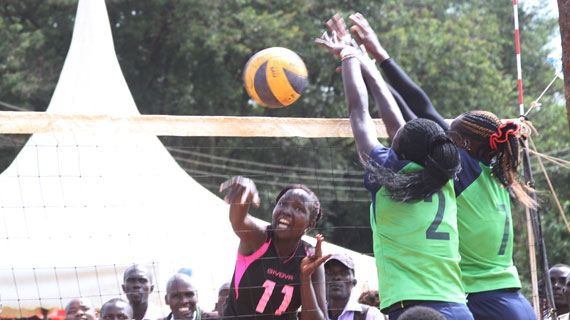 KCB ladies’ volleyball team opened the 2018 national league campaign with a bang as they beat debutants DCI at Bungoma Airstrip on Friday afternoon.

The Vernon Khayinga squad pressed with service to win the first two sets as DCI narrowly won the 3rd set. They rallied from the deficit to win a record fourth set. The 3-1victory was sweet for the coach.

KCB stormed back improving on back court defence and blockings during the 4th set. Pauline Nyongesa stood out with final two blocking that saw KCB win the final set 25-21.

“It is a great victory for KCB, the new six players shone quite well as it was evident during the match, we are now set on building from this victory in the remaining encounters this year", said KCB Head Coach Vernon.