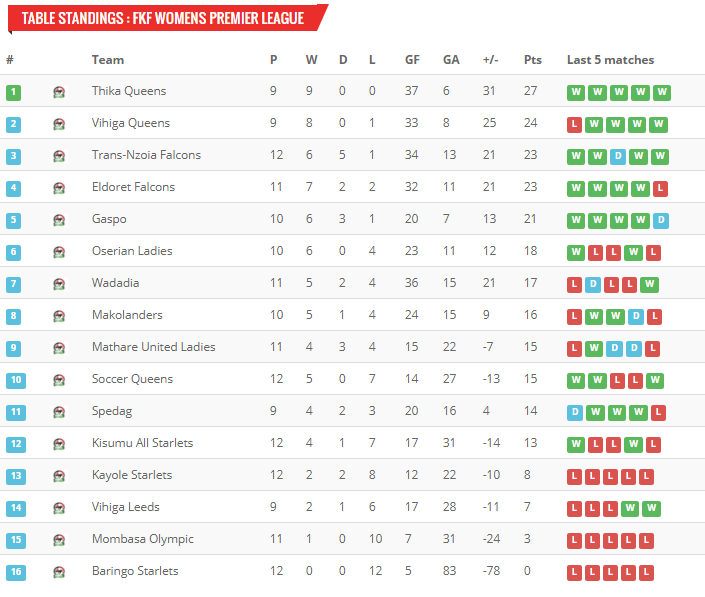 The Kenya Women Premier League over the weekend went into the 12th round with the league leaders each grabbing convincing wins in their two fixtures that were played on Saturday, May 12, and Sunday, May 13, 2018, in different venues.

Top of the league, Thika Queens humiliated Kisumu All Starlets 7-1 who were at home at the Kisumu, Moi Stadium on Saturday. They went ahead to record a hard-fought 1-0 win against the Eldoret Falcons on Sunday.

Their close rivals, just three points apart on the league table, Vihiga Queens, ran over Mombasa Olympic 6-1 before taking the second win over the weekend against the hard fighting Spedag in Mombasa.

The two teams have had a good, run in the premier league with the three points separating them at the top of the league having been played out between them in a previous fixture where the Thika Queens stole away the win 2-1. Thika Queen,s are now top on 27 points and Vihiga on 24 after having, played 9 matches, 3 less each, the current round. The Eldoret based Falcons are third with 23 points from 11 matches. The fourth berth is occupied, by the Trans-Nzoia based Falcons who have 23 points from 12 matches