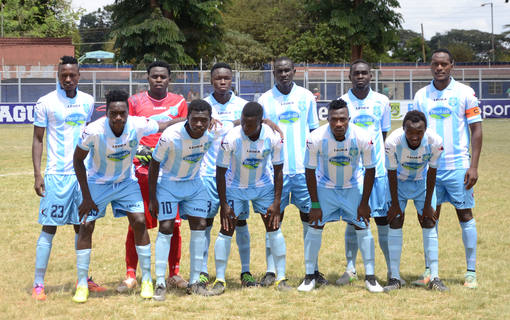 Chemelil on the brink of relegation

Chemelil Sugar have handed themselves a survival lifeline after beating Thika United 1-0 at the Thika Stadium on Thursday, consequently relegating their hosts as well as Wazito FC who lost 2-1 to Kariobangi Sharks on Wednesday.

Clifford Omondi’s goal took the sugar millers to 35 points meaning bottom side Thika who are on 23 and Wazito who are on 28 cannot mathematically bridge the gap.

But, Chemelil are half safe as they occupy the relegation and promotion play-off 16th spot. The only way they can disentangle themselves completely from the snare of relegation is if 15th placed Nakumatt FC lose one of their two matches and they in turn win both their games.

Meanwhile, Bandari FC ensured they cemented their hold on second spot after coming from behind to draw 1-1 with Sofapaka at the Mbaraki Complex in an early morning kick off. The game had initially set to be played yesterday but was called off due to heavy rains.

In the 9am kick off, Kepha Aswani broke the deadlock for Sofapaka in the 10th minute against his former employers, but William Wadri restored parity in the 50th minute.

With two matches to go, Bandari are on 69 points, eight ahead of third placed Sofapaka and even if they lose all their remaining two games, they will not lose their second spot. Coach Bernard Mwalala also ensured his unbeaten run since taking charge of the team remained intact.