The U.S. and Colombia battle for third in Copa America tourney 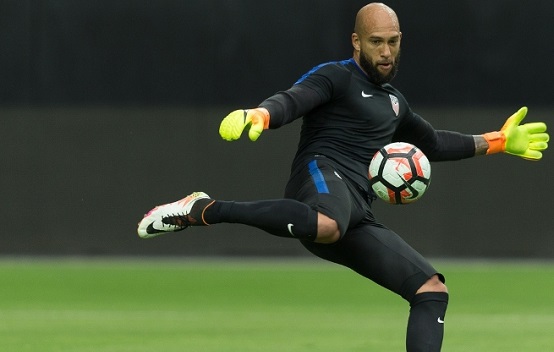 The U.S. and Colombia battle for third in Copa America tourney

Just like the Copa America Centenario final between Argentina and Chile, the United States will be facing Colombia for a second time in this tournament, having met during the group stage. On that occasion, the hosts were beaten 2-0 by Colombia, courtesy of a Christian Zapata set piece and a James Rodriguez penalty.

The University of Phoenix Stadium in Glendale, Arizona, will play host to the third place play-off, and though the Colombians may be the favorites, they could be facing a Stars and Stripes side that is different from the one Los Cafeteros defeated or the one humiliated by Argentina 4-0 in the semis.

The U.S. have nothing to lose, and even though facing the third best team in the world could be unsettling, with  a partisan crowd behind them, Jurgen Klinsmann should ensure his side doesn’t give Colombia much respect. The Yanks have to be courageous and determined to clinch third place as they seek to earn their best position in the tournament’s history.

The U.S. did beat Paraguay and Ecuador, not forgetting Costa Rica, and will have Jermaine Jones, Bobby Wood and Alejandro Bedoya back after missing the semis due to suspension. Defensively, the Stars and Stripes had only conceded three goals in the tournament, before being humbled by Argentina.

That said, Colombia, who may miss playmaker James Rodriguez as he is scheduled to be rested, will still provide a strong lineup as Jose Perkeman’s charges look for a double victory against the hosts. Los Cafeteros will be reeling from a 2-0 Chile semis defeat, and the fact that they are playing a supposedly weaker side, could and should encourage and set them up for victory.

Pekerman will miss Carlos Sanchez’s services after the defensive midfielder was sent off during the semis, but with Carlos Bacca, Juan Cuadrado and Edwin Cardona, the Colombians’ attacking flair should still be on show.

You can watch the Copa America Centenario third place play-off ONLY on StarTimes on World Football channels 254 DTT and 244 DTH.