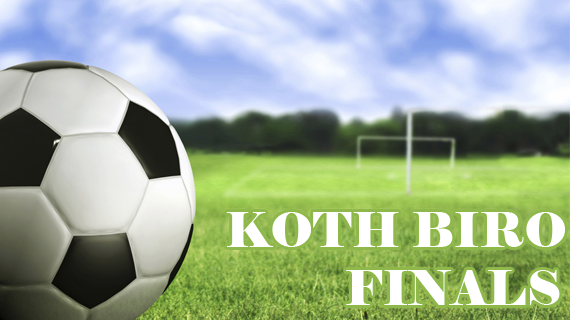 Nairobi Champions League winners Terror Squad of Mwiki found the going tough when they were held to a 1-1 draw by Eastleigh FC in a thrilling Kothbiro soccer tournament clash staged at the Ziwani’s  Umeme grounds.

Coached by Vincent Okello,Terror Squad who  beat Gor Mahia Under 19 on penalties during the finals of the Nick Mwendwa sponsored  Nairobi Champions League came  from behind to equalize through Peter Kagotho in the 79th minute after a  good  combination from the midfield that involved Paul Mwangi,Stanley Thuo,Austin Oyiero, and James Karanja.

Eastleigh led  1-0 before the breather with Lass Diara slamming home the match opener in the 18th minute to silence  Mwiki fans who were cheering for Terror Squad.

Earlier at the same venue ,Umeme Bees edged Mathare Celtic 1-0 with Agogo Opiyo netting the match winner late in the 63rd minute.Bees lived up to their name in the second  half  pressing for a goal but their front runners led by  Kennedy Odour,George Ohito,Robert Ouko,James Karai, and Steve Otieno  were blunt in  final delivery.

In the final match of the day,Donholm based Dream Team demolished State Rangers from Majengo estate  4-0 to enhance their chances of sailing to the second   round.Scorers  for Dream Team were  Felix Muhanji 11th minute,Peter Maina(Spot kick 22nd min) Rama Salim  and Cornelius  Juma respectively.

On Wednesday November 18,Opitos  led   by Tusker midfielder Humphrey Mieno will take on Mbotela Kamaliza  from 10am.The mach will be followed by a tricky tie pitting Puireto against Kayole Youth from 2pm while the final match will be between Wenyeji versus Zimmerman FC.