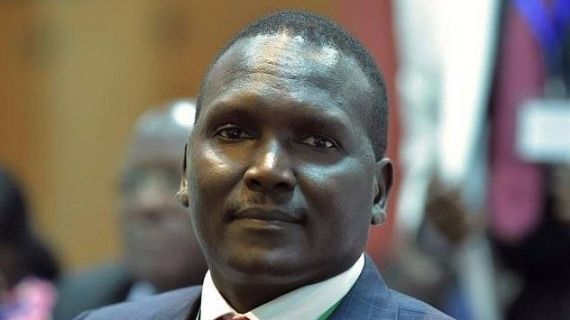 Kenya's former marathon runner Paul Tergat  has today launched his bid for the post of National Olympic Committee of Kenya (NOC-K) Presidency  during the forthcoming elections set for May 5th.

Tergat's bid got off to a positive start with a major boost as eleven federations officially endorsed him  during a press briefing held in Nairobi.

Among those who spoke during the launch was Kenya Rugby Union Chairman Richard Omwela who had initially announced his intention to go  for the same post. Omwela has now stepped down and is throwing his weight behind the former World Marathon Record Holder Paul Tergat who is also the founder of the SOYA Awards.

During the launch , Tergat  unveiled his line up  that is expected to take over from the current regime , if elected.

The National Olympics Committee of Kenya led by Kenya's athletics legend Kipchoge Keino has been accused of financial mismanagement in the past and stakeholders want them out .