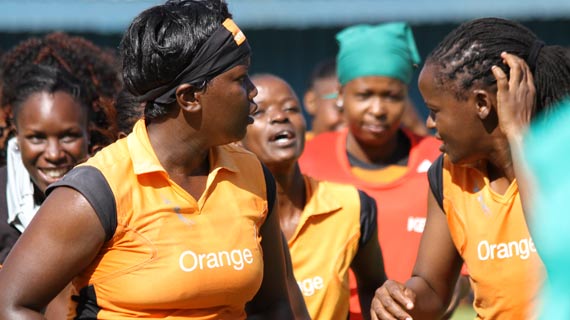 Champions   Telkom Orange will play GRA ladies of Ghana on Thursday  in the ongoing Africa Cup of Club Championship at the Olympic  Development Centre Stadium in Lusaka, Zambia.

GRA downed Sharkia 4-1 in their last preliminary pool 'B' match on Wednesday to set a up a East and West Africa clash.

The West Africans reigned supreme over Sharkia of Egypt 4-1 in their last preliminary group ‘B’ match yesterday to top the pool ‘B’  with nine points.

Nahla  Morsy scored the consolation goal in the 40th minute through a penalty corner for the North Africans.

" They-GRA are a good side and we are not expecting a walk in the park. We will approach the  encounter with a lot of caution. I hope our mid field will be functional to supply the balls to the strikers who then will then convert the chances." Said Openda.

The finals will be played on Saturday.

Other semi final will see Ghana Police take on Sharkia of Egypt at the same venue.

Other matches played at the same venue,  saw hosts Lusaka Shark continue will their poor run  going down 4-1 against Ghana of Police.

Lydia Tenkorang scored twice in the 10th and 54th minute. As Cecilia Amoako  and  Nafisatu Umaru scored one each in the 13th and 40th minutes respectively.

Margaret Munthau scored the lone goal for the hosts in the 16th minute.