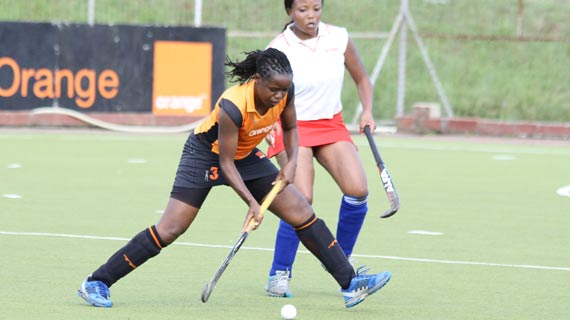 Telkom will have a date with either  GRA ladies of Ghana or Sharkia of Egypt who have amassed six points and top pool 'B' with a match at hand on Thursday in one of the semi-finals. The two sides, Sharkia and GRA will face off  on Wednesday.

Orange had played to a 3-all draw against Police of Ghana on Sunday in their first match of the week long event.

The two goals were scored in either halves, with the fast rising  Maureen Okumu  being on target  in the 21st minutes. Okumu who played her first International match was drafted in the team alongside Georgina Lumumba  as Openda retained the squad that lifted the trophy last year in Zimbabwe.

In the second half,  Barbara Simiyu  returned from maternity leave with a strong message as she sounded the boards for a powerful return goal in  the 40th minute.

"The players played well today compared to the  first match against Police of Ghana on Sunday. We hope to extend today's (Tuesday) performance in our subsequent matches. From now its a match at time and we  can only hope for the better." Said coach Jos Openda.