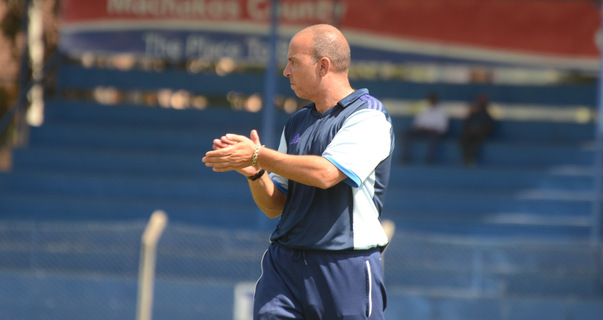 Sofapaka head coach Melis Medo has admitted it will take a lot for the team to survive the relegation axe this season, but remains confident if things change a bit he could engineer a survival just like he did last season when they won the play-off against Ushuru.

“This season will not be easy. Last season it was because the problems started almost towards the middle of the second leg. Now, the problems have been all season. You can get away with five, six games, but with the whole season it is tough,” Medo said.

He added; But we are prepared to work and fight. I believe in my players, but also, they must be motivated. As a coach I cannot do much of that because we are all in the same boat. They are suffering, I am suffering. It is up to the people at the top.”

Mount Kenya lost 3-0 to Western Stima in midweek just after giving themselves some hope with a 3-2 win over fellow strugglers Zoo Kericho. They sit bottom of the standings with 18 points, seven away from safety with seven rounds of matches left.

The team has had tough financial struggles this season and gave away a walkover 10 days ago when they refused to travel to Machakos to play Gor Mahia protesting lack of pay. Coach Medo says he fully supported the players and the decision they took and hopes the management can see the severity and step in to salvage the situation.