Strathmore, KU to face off in battle for supremacy 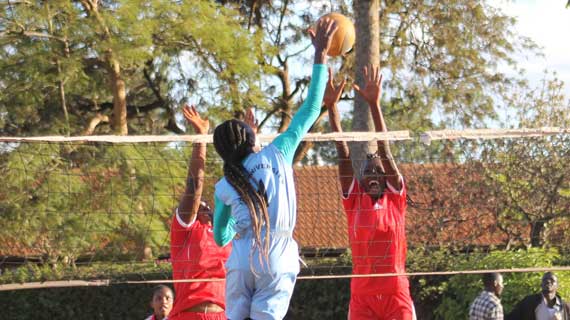 Strathmore University will battle for basketball title with hosts Kenyatta University when they meet in the finals of the Kenya Universities Sports Association national playoffs set for Sunday, April 21.

To swing to the finals, Strathmore eliminated United States International University- Africa with a 51-33 beating, whereas KU edged University of Nairobi Dynamites 38-43 in the second semis.

The men’s semi-finals will pit teams from the same conference as Strathmore and Africa Nazarene (Nairobi South Conference) lock horns in one semis and KU invite Jomo Kenyatta University of Agriculture and Technology in the second.

In volleyball, Strathmore University and Jomo Kenyatta University of Agriculture and Technology men and women’s volleyball teams cruise to the semi-finals of

Josp Barasa-coached Strathmore sides romped to the penultimate round as the pool leaders on unbeaten runs as JKUAT finished second in both the men and women’s category.

The sides-Panthers and Volleycats wait for the final pool ‘B’ preliminary game between UoN Vixens and hosts Kenyatta University Sparrows on Sunday morning. Both Sparrows and Vixens are unbeaten in the pool hence Strathmore will face the winners of this tie