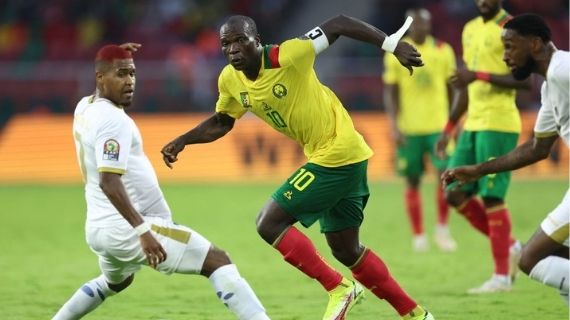 Just over 15 minutes of movement is actually all it can take to experience the positive impact.

Action from the African Cup of Nations

A global study has shown a direct positive link between exercise and mental health, but it also uncovers the worrying potential impact of lower levels of activity in younger generations across the world.

The Global State of Mind Index, which was undertaken by ASICS and tracks the mental state of 37,000 people from 16 countries around the world, found that people who move the most have a higher state of mind score. Active individuals have an average state of mind score of 68/100, in relation to just 56/100 for those that are inactive.

The study also highlights dramatic differences in physical activity between generations, with older generations (those aged 57+) moving on average for almost one hour (53 minutes) more than Gen Z a week. This in turn is shown to be having a big impact on each group’s collective state of mind score.

The study found that 54% of the global older population are active and feel the uplifting benefits, reporting an average state of mind score of 67/100. In contrast, just 45% of the global Gen Z (aged 18-24) population are currently active and, as a result, have a considerably lower average state of mind score than their older counterparts of 59/100.

And while the global population perceives 30 minutes as the minimum amount of exercise required to experience the uplifting impact of movement, new research by ASICS proves that just 15 minutes and nine seconds of movement is all it can take to begin feeling the mood-boosting effects.

Dr Brendon Stubbs, a leading exercise and mental health researcher from King’s College London who led the study, said: “There is a common perception that you need to move for a long time to experience the uplifting benefit. However, our new research proves this is not the case – just over 15 minutes of movement is actually all it can take to experience the positive impact. Coinciding with the state of mind index, which demonstrates the positive link between movement and mental health on a global scale like never before, we hope it will be inspiring for many to see the impact that such a small amount of movement can have.”