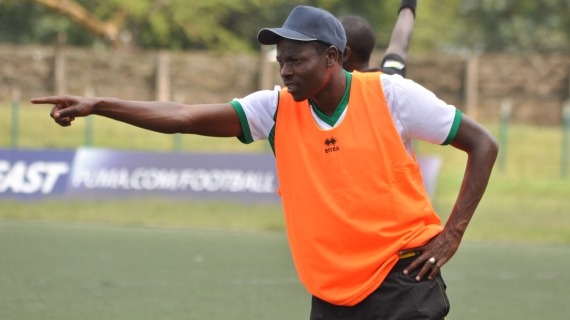 Stanley Okumbi is back at the helm as Harambee Stars Coach albeit on interim capacity following the shock resignation of 62-year old Belgian Paul Put.

Football Kenya Federation (FKF) announced Put’s resignation through a press release and disclosed plans to search for a new coach with Okumbi who was Put’s assistant taking charge of the team in acting capacity.

“In light of the foregoing, FKF has already begun the process of finding a suitable replacement to fill Mr. Put’s position, with Stanley Okumbi taking charge of the national team in the interim period,” the short statement read

He also led Kenya during two international friendlies in Asia where Kenya lost to Iraq and Thailand.

Kenya hosts Ghana on 23rd March in a Group F of the 2019 Africa Cup of Nations qualifiers at Nairobi,a match they must win to harbor any hopes of participating in the bi-annual tournament.

Paul Put walks away head high after winning the 2017 Cecafa Senior Challenge Cup in December.Recently he had put demands to FKF to appoint a professional team to assist him, which insinuated he was not comfortable with Stanley Okumbi and John Kamau who deputized him.

Grapevine had been rife that Paul Put had expressed interest in the Guinea’s job left vacant following the departure of tactician Kanfory Lappe Bangoura.

When asked about the rumors, FKF president Nick Mwendwa said:

“I am not aware of [Paul Put] going to Guinea what I can tell you is we have a two year contract, it is a two year contract. Of course I cannot tell you that we will stop him from going, we would like him to stay because we have an interesting project. He has not said to us or to me that he wants to leave if anything we have done very deep programs for the next two years planning to make sure we can get the Cup of Nations and so my submission is we have a good coach, ”

Put is a familiar and popular figure in West Africa after guiding Burkina Faso to the runners-up spot finish during the 2013 Africa Cup of Nations staged in South Africa.