Sports Tribunal rules in favor of KPL on derby tussle 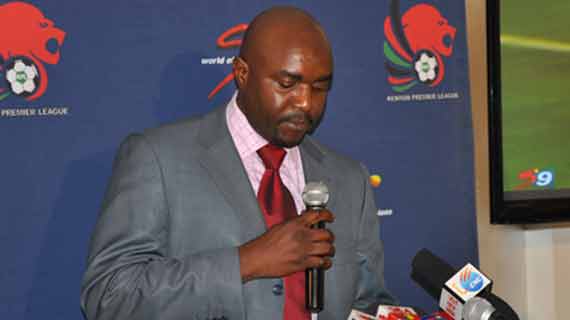 Football Kenya Federation has been dealt a blow after the Sports Dispute Tribunal (SDT) ruled that Kenyan Premier League had the final say on whether the Mashemeji derby should go on or not this Saturday at the Bukhungu Stadium .

The SDT after a sitting on Wednesday referered to last year’s ruling that gave KPL the right to run the league without interference.

Football KPL CEO Jack Oguda had requested for SDT’s adjudication on the cancellation of the derby by FKF.

“We feel that this is interference from FKF and we want an interpretation from the tribunal whether they are right to forcefully postpone games for these two friendly games,” Oguda said on Tuesday evening.

“We wish to inform you that your request to postpone the match does not fall within the Rules Governing Kenyan Football under clause 3.6 on Postponement of Matches which states that;

"As you are aware the match has been on schedule since the League kicked off on January 28,2018 and in addition we received a request from AFC Leopards that the match be played on May 26,2018 from May 27,2018 which was granted .Last Friday May 18, 2018 together with your Club officials attended a pre event meeting for the arrangement of the said match.

“As you are aware of the exchanged communication between KPL, and FKF, the matter has been placed before the Sports Dispute Tribunal (SDT) for adjudication as the directive of FKF contravenes the Ruling of the same body dated January 10, 2017 and the FIFA rule on Release of players to association teams.

“Your request for postponement is therefore not granted.”

After the ruling , Oguda said the Governing Council will meet on Thursday to make a decision on the derby and further addded they were not happy with the decision.

After the ruling an agitated Football Kenya Federation President Nick Mwendwa said they will write to the two clubs to seek their consent on release of the players.

“We will write to Gor Mahia and AFC Leopards and ask whether they want the game to go on,” Said Mwendwa.

Gor Mahia and AFC Leopards have already released their players to the Harambee Stars camp thereby creating a twist to the ongoing supremacy tussle between the two football bodies.