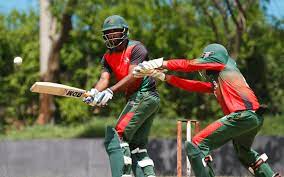 Sports Cabinet Secretary Amina Mohamed has set up a Normalization Committee to run the affairs of Cricket Kenya for six months.

The Normalization Committee, which will be headed by retired judge Joyce Aluoch will be mandated with amending Cricket Kenya’s constitutionand organizing elections.

The Committee is required to call for elections between the 7th and 9th of July this year. It is also required to present a report to the Sports Ministry by the close of July.

The team has been given a six-point agenda;

1. Co-ordinate the finalisation of the Draft Constitution and ensure its validation in line with the requirements of the Sports Act 2013 and the ICC Statutes;

3. Co-ordinate and facilitate the compliance of Cricket Kenya to the ICC requirements;

4. Facilitate the elections of new officials as per the validated Constitution;

5.Hand over Cricket Kenya to newly elected officials after a successful election;

6. Recommend to the Cabinet Secretary for Sports, Culture and Heritage long lasting solutions to the problems facing Cricket Kenya.

The Kenyan game has languished over the years with the men’s national team who stunned West Indies at the 1996 World Cup and reached the 2003 World Cup semifinals losing their the ODI (One Day International ) status in 2015. The team, who are the only non test play nation to reach a World Cup semifinal is also currently playing in the third division of the World Cricket League, a far cry from the glory years between 1996 and 2003.