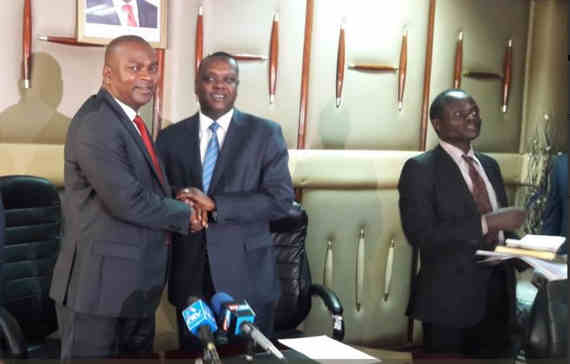 Newly sworn in Cabinet Secretary for Sports an National Heritage Rashid Achesa Mohammed has taken over the reign from outgoing CS Hassan Wario.

The tough spoken Achesa who was a one time a professional boxer has hit the ground running by announcing that he will take head on cartels in football especially the national team Harambee Stars.

In a Tweet, Rashid promises that call-ups to the national team will be based on merit with new talents getting a chance to showcase themselves.

"I won't entertain cartels in football who have been derailing the sport in this country. Most of the players that gets call to Harambee Stars are always old players with old bones while The Energetic Are Denied Chances Because They Lack "Godfathers" .This will not happen!, “ Tweeted @HonRashidMoham1.