Sportpesa Super 8 League to kick off in Nairobi 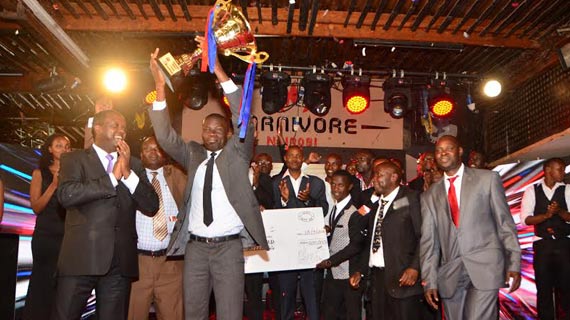 Sportpesa Super 8 League to kick off in Nairobi

The highlight match of the day will pit the Super 8 tournament Makadara region finalists Jericho All Stars against Melta Kabiria in a SPS8 Premier League fixture at 3pm.

The opening fixture will be between the Super 8 Kamkunji region runners up Angola FC and Langata semi finalists Rongai All Stars in a SPS8 Division 1 match 1pm.

The nine-month league, organized will comprise of teams picked from eight regions within Nairobi driven by the slogan ‘Wakilisha Mtaa Yako’.

The League’s regions have been divided into two regions, East and West. The Eastlands teams will comprise of Embakasi, Kamukunji, Kasarani and Madaraka as the west teams will include Langata, Westlands, Starehe and Dagoreti.

The Super 8 league will comprise of three tiers. Tier one being the SportPesa Super 8 Premier league Nairobi County which is the main league comprising of 16 teams playing home and away matches. This is where the teams from the east and west will battle it out for the cup and the bottom 3 teams will face relegation.

Tier two will be the SportPesa Super 8 Division 1 comprising of 16 teams also playing home and away matches. The top 3 teams will then be promoted to the main league while the bottom four teams are relegated.

Tier three is the SportPesa Super 8 soccer tournament which is the entry point of the league. This tournament is open to unlimited teams and is played on a knock out basis with the top 4 teams being promoted to division 1.