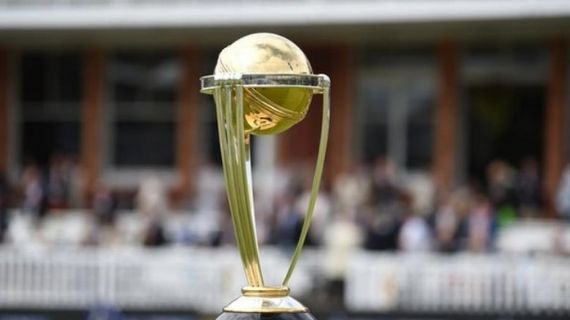 The 2003 tournament was slightly overshadowed by England and New Zealand refusing to travel to play in Zimbabwe and Kenya respectively because of security concerns.

The International Cricket Council (ICC) has announced that the 2027 men's Cricket World Cup will be hosted in Africa.

South Africa, Zimbabwe and Namibia will co-host the 50-over tournament, which is held every four years.

It will be the first time since 2003 that the event will be held on the continent, after venues in South Africa, Zimbabwe and Kenya were used 18 years ago.

"This is fantastic news, coming after we worked hard and with determination as a group to get the World Cup back on our soil," Zimbabwe Cricket chairman Tavengwa Mukuhlani said.

"We are humbled by the trust the ICC has placed in our bid and thrilled by the opportunity we have been given to put cricket on a new and sustainable path for generations to come.

"On our part, we are ready to ensure the ICC men's Cricket World Cup 2027 stands out as a unique event that celebrates Africa in all its magnificent splendour, richness, vibrancy, diversity and glory."

The 2003 tournament was slightly overshadowed by England and New Zealand refusing to travel to play in Zimbabwe and Kenya respectively because of security concerns.

Despite those refusals Pakistan, Netherlands, Australia, India and Namibia all played in Zimbabwe while Sri Lanka travelled to face Kenya in Nairobi.

The chairperson of the Cricket South Africa (CSA) board, Lawson Naidoo, was also delighted with the ICC announcement.

"This is great news for cricket in South Africa and indeed the entire African continent," he said.

"CSA had submitted a compelling bid for the men's World Cup to return to our shores and for Africa to again enjoy the sporting, social and economic benefits of hosting this prestigious world cricket event.

"We are delighted that through this tournament the world will get a view of the abundance of talent that abounds in this beautiful part of the world."

Namibia, who recently created history at the T20 World Cup by reaching the latter stages of the tournament, are included as co-hosts despite having limited cricketing resources in the country.