Sofapaka through to FKF Shield third round 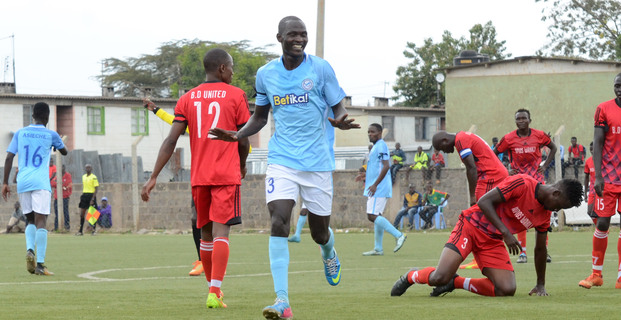 Goals from Stephen Waruru, Umaru Kassumba and Piston Mutamba saw Sofapaka book a slot in the Football Kenya Federation Shield round of 16 with a 3-0 win over lower league side Baba Dogo United at the Camp Toyoyo on Sunday.

Sofapaka who have won the title three times progressed with an assured display, one that coach John Baraza said they dedicated to fallen former defender Johnson Bagoole who died last Thursday.

The Kenyan premier league side were totally dominant, though there were a few scary moments caused by Baba Dogo. Bernard Mang’oli had the first chance in the 11th minute with a shot from the edge of the box which was deflected behind and from the resultant corner, Kassumba headed wide.

They were away in the lead after 18 minutes when Waruru had the easiest of jobs, tapping home a Kassumba cross with the keeper beaten. They doubled the tally seven minutes later, Kassumba getting his name on the score sheet with a low shot from inside the box.

But the lower tier side tried to make some effort off the game after going two down. John Mark Ochieng found shooting space on the right on the half hour mark but his shot went wide.

Five minutes later, they had another chance from a freekick off good scoring range, but Austin Odhiambo curled the effort wide. A minute to the break, Ochieng’s run on the right saw him shoot at goal, but keeper Wycliffe Kasaya tipped the ball over for a corner.

In the second half, Sofapaka needed only six minutes to seal the win, Mutamba curling a freekick beyond the wall after Elli Asieche was axed at the edge of the area.

Sofapaka should have gone 4-0 up on the counter but Mutamba’s shot after being played through by Waruru went wide.

Baba Dogo should have scored one for their sweat quarter of an hour to the final whistle but Reagan Karuri failed to tap home at the back post from Fredrick Okoth’s cross.