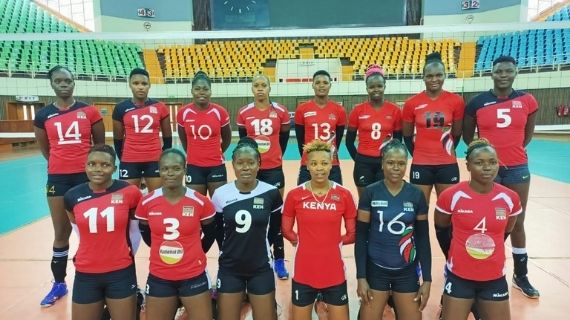 The Kenya women U-23 volleyball team has been drawn in Pool B ahead of the FIVB World U-23 Championship that will take place in Ljubljana, Slovenia from September 10 - 17 2017.

Kenya will face champions Brazil, 2015 runners up Turkey, Japan, Bulgaria and Cuba in the third edition of the tournament that will last seven days.

The competition will feature 12 teams that will be divided into two pools of six teams each and will play a round-robin tournament to determine the ranking from first to sixth.

The top two teams in both pools will progress to the semifinals and finals. The third and fourth placed teams from the pool stage will enter a similar playoff format playing for classification from fifth to eighth.

Kenya qualified for the competition after finishing in second place behind Egypt during the 2016 African qualifiers finals staged at the Kasarani Indoor Arena in Nairobi.