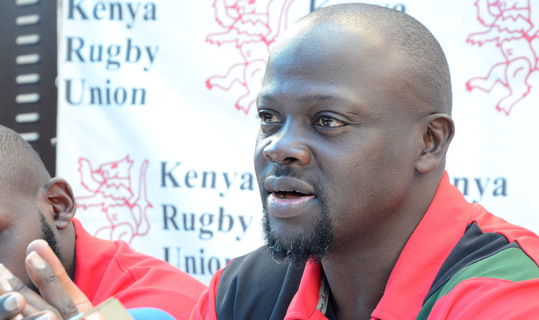 Kenya Sevens head coach Innocent Simiyu hopes the team can maintain the same level of performance as they head out for a busy month of April which will see them play in the Hong Kong and Singapore Sevens as well as the Commonwealth Games in Gold Coast.

Shujaa has been on the upward trajectory since the Hamilton Sevens in New Zealand and their last outing ended in a Main Cup final in Vancouver where they lost to Fiji.

“I know the expectation of us at the moment is very high and it is good because it will push us to do well. We have a benchmark of targets that we have set as a team in terms of individual performance and specifics. That is our target, remaining consistent throughout the season,” the coach noted.

He has also admitted they face a herculean task playing three tournaments within one month, but reckons the preparation has been on point and they should be able to hold.

“We saw this coming at the beginning of the season and we have adequately prepared. We will also look at the team after Commonwealth and make decisions on whether we need to add in or change players for Singapore,” noted the coach.

For the three tournaments, Simiyu has named a squad of 13 players with Impala’s Ian Minjire earning a debut while Augustine Lugonzo returns. Simiyu says this has been occasioned by their performance in last weekend’s Victoria Sevens.

“Minjire’s inclusion is more of tactical. We believe in picking players when their tail is up and he has been training consistently. What sold us out his how he played in Victoria and based on our approach where we want to be better in kick off, He brings in that advantage,” the tactician said.

Erick Ombassa, Herman Humwa and Brian Tanga have been named as non-travelling reserves and Simiyu has hinted they might be called in for the Singapore Sevens.

The tactician says the team is confident of bagging a medal in the Commonwealth Games, noting the team has picked up form in good time.