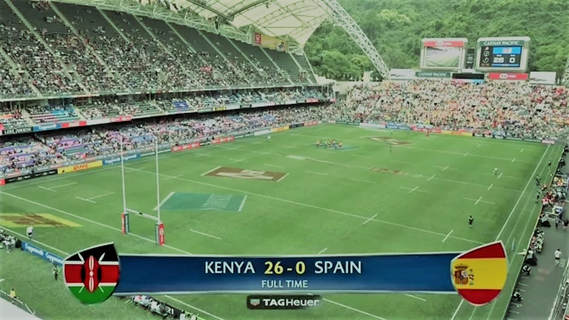 Fresh from setting new milestone where he  scored his 100th try on the HSBC World Rugby Series during  Kenya's 33-10 win over Spain, Willy Ambaka was again the inspiration for Shujaa as he scored two tries with Collins Injera ending the first  half with an easy run-in for a 19-0 lead.

Jeffrey Oluoch added the last try for Kenya in the second half while Sammy Oliech did the donkey work of converting three times for Kenya's 26-0 win.