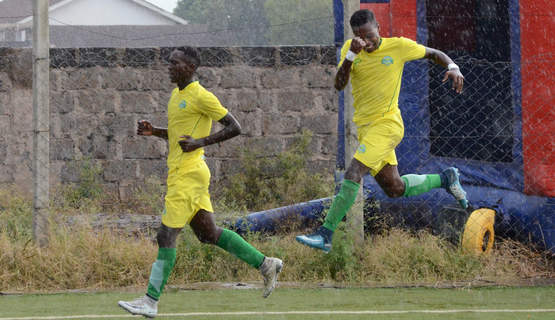 Last year’s Football Kenya Federation (FKF) Shield finalists Kariobangi Sharks began their 2018 campaign in earnest with a 6-0 whitewash of Nanyuki Youth in a match played at a rain-drenched Nanyuki Stadium on Friday evening.

Sharks who rotated their squad and handed several second team players a chance to impress and they did not fail in their audition with Sydney Lokale and Hillary Otieno both notching braces. Erick Kipkirui and Paul Kamau added in to the haul of goals as the Sharks got a ticket to the round of 32.

More matches are lined up for Saturday and Sunday with defending champions AFC Leopards starting their campaign at the Moi Stadium in Kisumu, the same venue in which they kicked off their campaign last season enroute to lifting the crown.

Ingwe will be taking on third tier side Shabana and head coach Rodolfo Zapata is also expected to give players who have had limited playing time an opportunity to make their case. Considering they play Singida United in their SportPesa Super Cup opener two days later in Nakuru, it is highly likely Zapata will preserve his big stars for the big stage.

Meanwhile, Tusker FC coach Robert Matano will look to be the first coach to reach three consecutive finals with three different teams when his side takes on Taita Taveta All Stars at the Taita Taveta University on Saturday.

Matano reached the final with Ulinzi Stars, losing to Tusker in 2016, then reached the ultimate stage once again last season winning with AFC Leopards. Having had a rough patch in the league with a run of three back to back losses, the Taveta All Stars clash gives is players an opportunity to have their confidence back before they resume league duties.

Meanwhile, Sofapaka who have won the title three times will be at the Camp Toyoyo ground on Sunday taking on Re Union as John Baraza looks to crown his tenure with some silverware. Baraza has won the title as a player on all three occasions Batoto ba Mungu have won it and will be eager to add on the title as coach.