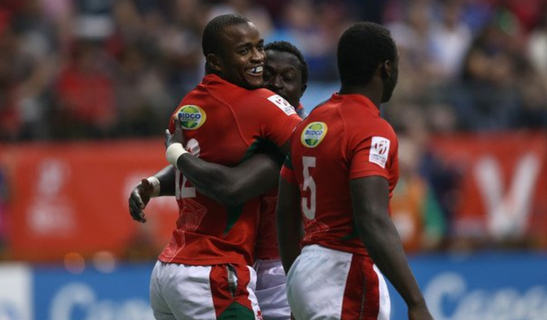 Singapore’s National stadium was the theater for Kenya’s maiden Main Cup trophy on April 17, 2016 after Shujaa beat 30-7  Fiji in the final.

Hopes were high that Kenya 7s who have reached the HSBC Sevens series finals in the last two outings will rekindle those memories by bagging the Main Cup trophy.

However, South Africa 7s had their own ambitions on Sunday morning as they beat Kenya 7s 12-24 in the Main Cup quarterfinal.

Siviwe Soyizwapi was the chief destroyer for South Africa as his hat-trick of tries plus Heino Bezuidenhout’s addition coupled with a well disciplined defence made it hard for Kenya to stage any comeback. South Africa led 17-0 at half time.

Talisman Collins Injera did his best with a brace of tries in the second half but the damage had already been done.