Rwanda squad lands in Nairobi ahead of Africa Championships 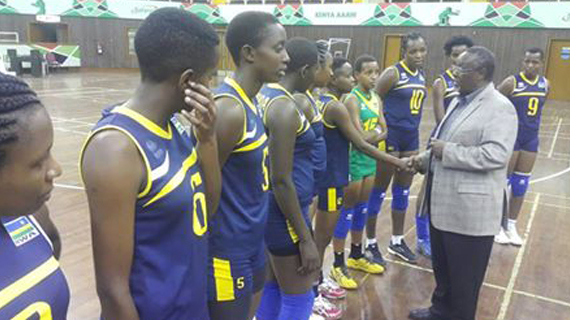 Rwanda squad lands in Nairobi ahead of Africa Championships

Rwanda U-23 national women team has landed in Kenya one week ahead of the start of the Africa Cup of Nations to be held in Nairobi.

The championship will be held between October 23rd to 27th at the Kasarani indoor gymnasium in Nairobi.

According to Rwanda national team head coach Paul Bitok , their early arrival will help his team prepare mentally as they also line up a series of friendly matches against local clubs in Kenya, “ We look forward to play a series of friendly matches as we build up in readiness for the  competition. This is a good ground to develop our team.” He noted.

The Kenya team has been camping at the Kasarni arena under Coach Catherine Mabwi and Josp Barasa.

Six nations are expected to take part in the competition including Kenya, Rwanda, Egypt, Tunisia, Senegal and Botswana.

The winner of the championship will earn a ticket to represent Kenya at the 2017 world championships in Slovenia.