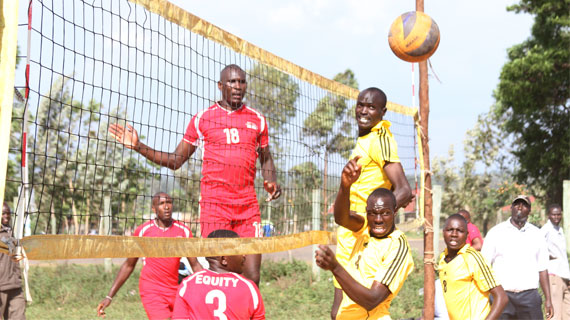 The women’s category will see former champions Kenya Pipeline settle scores with Kenya Commercial Bank, a match that fans will be watching out for following KCB’s win over the former during the 2018 playoffs at Kasarani Indoor Arena.

This is one of the six women’s ties scheduled for Friday. KCB will also have a tough assignment against holders Prisons Kenya. The three - KCB, Prisons Kenya and Kenya Pipeline will be playing their first league matches in Kitui after they skipped the 2019 season opening leg held in Kitale to honour Africa Club Championships in Cairo, Egypt.

Men’s champions General Service Unit will hit the road running with first 2019 outdoor volleyball duels against Nairobi Prisons and Kenya Ports Authority. The tie between the dockers and Para military Police outfit has been billed as a mouth-watering one and might as well shape how the league will end.

Another encounter which is expected to be entertaining is between 2018 runners up Kenya Prisons and a revamped Equity Bank under former national team coach Sammy Kirongo. The bankers are also scheduled to play Western Prisons.