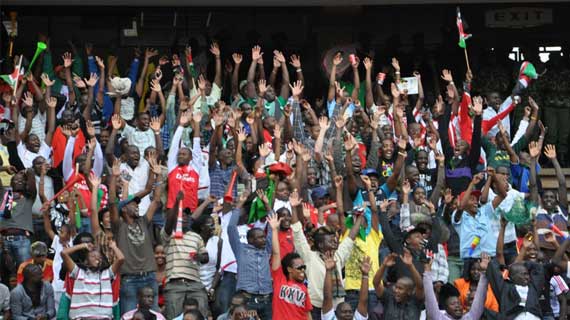 Retired footballers have expressed their interest of taking over the reins of leadership in the forthcoming Football Kenya Federation elections.The footballers led by the legendary Joe Kadenge said it was a high time were tested on their potential of leading the local governing football body FKF.

Under the slogan “Stop Football Genocide” they said they will come up with a line-up of footballers for the polls once the election dates and rules are made.

“Football is bleeding, the country is weeping and the game is sliding into anarchy” the players said in a speech read on their behalf by Kadenge.

“We have the ability, capacity and passion to steer the Kenyan football ship to the right direction. We declare that we shall offer ourselves for various positions in the upcoming FKF elections in October, 2015,” they declared.

Addressing a press conference at a Nairobi hotel, the over 50 footballers composed mainly of ex internationals said they have given a back seat to matters of football for a long time and were now fed up with worsening situation of the sport and were ready to intervene.

“As footballers we have suffered enough at the hands of administrators who don’t know or even have never kicked the ball and it’s a high time we took over the leadership and bring change to the sport whose fortunes are dwindling in the country due to mismanagement,” they said.