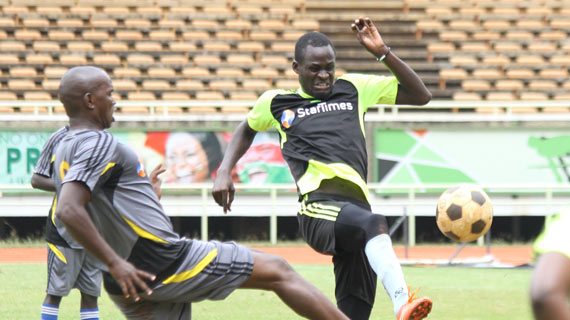 Radio Africa are the champions of the  inaugural StarTimes Media Challenge held at the Moi International Sports Centre, Kasarani, in Nairobi on Saturday.

Gregory Mulemi netted from the spot for the all important goal to ensure Radio Africa won the title edging out Goal.com . Diblo Kaberia netted a brace in the semi finals as Radio Africa edged out 442 Media with a 2-0 margin.

In the third place play offs, the Road to Anfield champions Capital pipped 442 Media 2-1 through post match penalties after settling for 1-1 during normal regulation time.

Steve Ayoo of 442 Media was crowned as the top goal scorer by scoring six goals to be honored for the accomplishment.

Capital custodian Shaffie Masoud was voted as the best goalkeeper for conceding the least number of goals by not letting in any goal during normal regulation time.

Kass Media Group were picked as the most disciplined team as a consolation after being eliminated in the preliminary stages.

The chief guest former Nigeria national team captain and Arsenal ace Nwankwo Kanu was the chief guest who presented prizes to the top teams and players of the 16 team competition.