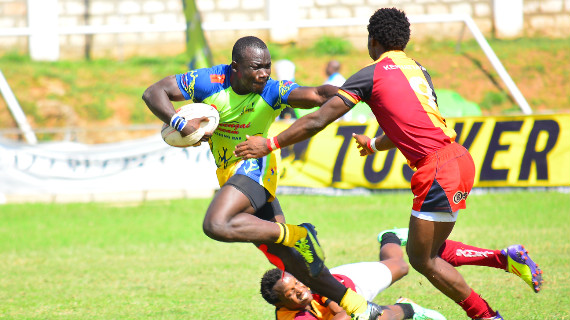 The fourth round of the National Sevens Series, the Dala Sevens, takes place on 3rd and 4th of September at the ASK Mamboleo Showground in Kisumu City.

Kenya Harlequin, winners of the Driftwood Sevens are top seeds for this tournament and headline Pool A which also features Blak Blad, series and reigning Dala champions Top Fry Nakuru and Comras. It will be recalled that Nakuru defeated Quins 15-14 in last year’s cup final.

Series leaders Menengai Cream Homeboyz are in Pool B with Mwamba who are for the fourth successive tournament paired up with the Menengai Oilers. Hosts Kisumu complete the group’s composition.

The Strathmore Leos have been grouped in Pool C with Resolution Impala Saracens, Mean Machine and Nondescripts who have been invited to feature in the top tier division of the competition by hosts Kisumu while Pool D is comprised of Kabras Sugar, KCB, Makueni and the Western Bulls who have also been invited to the division competition by the hosts.

The second tier Division two competition at the Dala Sevens will be played on 2nd and 3rd September at the Kisumu Polytechnic and ASK Mamboleo Showground respectively.