Puerto Rico too strong for Malkia in World Champs 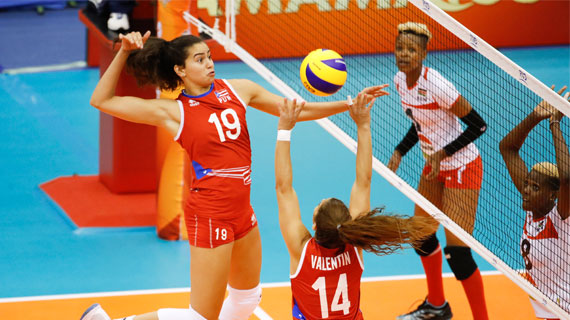 Puerto Rico were steered by the impressive Daly Santana who picked up 18 points for the South Americans guiding her team to a win of 25-20, 25-22, 25-15. Team mate Stephanie Enright was also in super hot form especially on service and contributed 13 points for her team.

Kenya’s skipper Mercy Moim continued with her top scoring form, picking 14 for Malkia, but she could not haul them to victory as she did in the first match against Kazakhstan.

The opening set was a competitive one that was highlighted by quick points in the first half. Puerto Rico held the lead for most of the set until Kenya's Noel Murambi tied the score at 13-13 with a crosscourt spike.

Puerto Rico scored three of the next four points and led 16-14 at the second TTO. Puerto Rico's wing spikers were proficient on attack. Kenya levelled at 19-19 but was unable to take the lead and Puerto Rico grabbed the set 25-20.

Kenya had increasing problems with reception in the second set as Puerto Rico continued to pound away on attack.

The Puerto Ricans were ahead 8-6 at the first TTO and appeared in control, but the momentum soon changed. Kenya pulled ahead 11-10 on a nice block by Edith Mukuvilani and stretched the lead to 16-13 on a spike by Murambi as the Puerto Rico players seemed to tire.

Puerto Rico assumed a 9-4 lead in the third set as Kenya appeared deflated after their surge in the second set. The Puerto Ricans took a commanding 16-8 lead at the second TTO and cruised to claim the set and match 25-15.

Malkia will now shift their attention to pool leaders Brazil who they face on Wednesday. The team will have a day to rest and recover as well as work on the weak areas that exposed them to strong spikes from Puerto Rico.