Prison off to Tunisia in elusive chase for continental supremacy 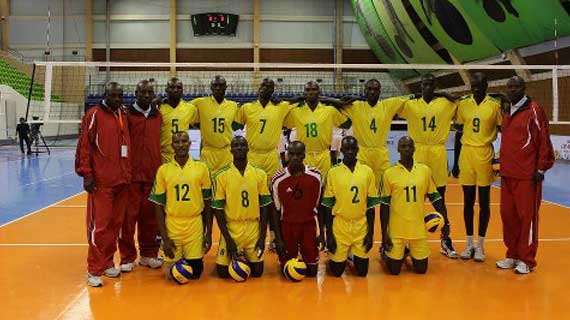 Prison off to Tunisia in elusive chase for continental supremacy

National volleyball champions, Kenya Prisons team Departed Nairobi early on Wednesday morning for Tunisia where they will be taking part in the 2017 Confederation of African Volleyball Men club championships.

The 2017 edition of the competition will be held in Tunis starting Thursday 16th March 2017.

Prison team departed Nairobi on Wednesday morning aboard Turkish Airlines to Tunis via Istanbul Turkey. The team is expected to land in Tunis later on Wednesday afternoon.

The competition will qualify the continent's representative for the 2015 FIVB Volleyball Men's Club World Championship, which will be held in Brazil from May 5 to 10, 2015.