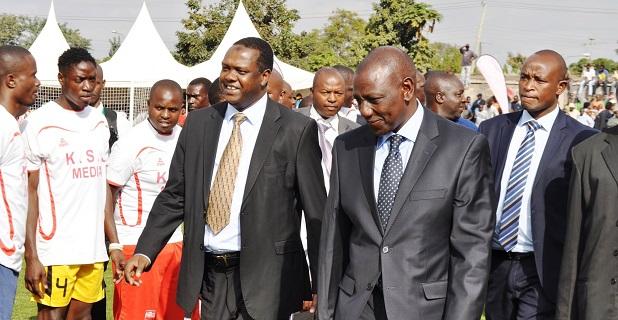 Kakamega County will host the 2018 Devolution Conference set for April 23rd to 27th whose aim is to celebrate the successes of devolution.

Among the items on the itinerary will be the Devolution Cup football competition set for April 23rd at the Bukhungu Stadium, the stadia being one of the showcases for impact of devolution in the country.

The Devolution Cup competition will feature four teams comprised of Governors, Senators, County Assembly Forums and Ministries. Each team will be composed of 11 players with each match lasting 30 minutes, two halves of 15 minute each.

The overall winner will bag the Devolution Cup trophy.

Among the guest of honors will be President Uhuru Kenyatta and his deputy William Ruto.T he match will be a perfect opportunity for the Kenyan leaders to reflect on the state of stadiums in the country.

Amalemba Primary school will provide pupils to accompany the players as they enter the pitch.

Despite all the accolades , Bukhungu Stadium is partially done with only one side having decent seating space for fans.

I can assure you without fear or favour, the Council of Governors line-up that comprises of both Male and Female Governors is the leading team. he @PresidentKE and HE @WilliamsRuto will attend #DevolutionCup #JazaBukhungu https://t.co/XKRjgdtv06