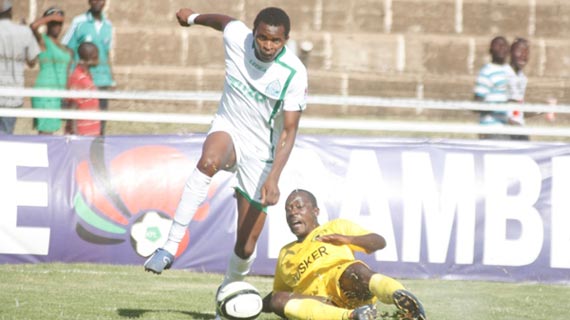 Posta Rangers head coach Sammy Omollo has confirmed that the club has agreed terms with ex-Tusker FC duo of Paul Odhiambo and Edwin Lavatsa as well as former Thika United defender Samuel Mwanje to join the club in the mid-season transfer window.

Omollo also says he is chasing two more youngsters from Kisumu All Stars as he looks to strengthen the bid for a top four finish at the end of the season.

“We have looked to strengthen some of the areas we thought we needed strength. I think the three bring in a lot of experience to the squad and they will be a great addition. I am still looking to get two more players, and hopefully I can get a top striker to complete the team,” Omollo noted.

The tactician has also conceded to handling an aging team and notes he will be looking to inject more youngsters to the squad.

“We intend to finish the season better than last year where we were fourth. With this kind of players we are bringing on board, I am certain that we can achieve that target. We started the season slow but we are catching up slowly,” the coach further pointed out.

Meanwhile, Omollo has admitted to missing skipper Jockins Atudo and number one keeper Patrick Matasi who have been away on national team duty. Posta have won only one of the four games they have played without the two.

“They are very vital in my team and their absence has been felt. I am happy that the national team duty is over and we can have them back. They will slot straight into the starting team over the weekend,” noted the coach.

Rangers drew 2-2with Tusker FC on Monday afternoon and Omollo was disappointed with the performance of his team especially conceding a late equalizer.

“Our marking was very poor and my defense couldn’t concentrate when it mattered most. It is a loss we have to take gracefully because we came from behind against a team such as Tusker which is very tough,” Omollo further said.

Posta will next face Kariobangi Sharks at the Kenyatta Stadium in Machakos on Sunday.