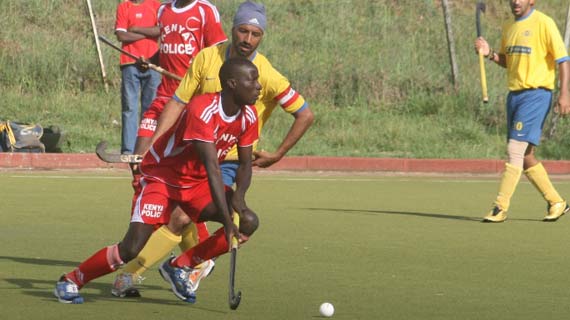 Kenya Police will not feature in African Club Hockey Championships which bully off this weekend at Lusaka's Olympic Centre Stadium.The law enforcers also missed out on last year's tournament in Bulawayo, citing various reasons among them finacial constraints and lack of preparedness.

Reliable sources within the club confirmed the new development saying they received communication from the team's management informing them of the predicament citing financial constraints.

“ The management informed us that there is no money to send the team to Zambia and it is unfortunate that we will not represent the nation as we would have loved to. Besides, it's through this type of events that our local players have the chance to learn from the best in the continent and also get exposure and experience that as a country we are in need,” noted the source.

The source added, “We were looking forward to the event and we had done our home work well but its sad that is has not come to pass and so we will direct our energies to the ongoing KHU league matches since our objective is to reclaim the trophy we lost to Butali Sugar Warriors last season.”

Kenya Police last featured in the 2013 edition staged in Uganda where they were eliminated in the semis.

Other local clubs that got the invitation to feature in the eight day event and are yet to confirm participation include Strathmore University women's team and reigning KHU champions Warriors.

Defending champions Telkom Orange are the only Kenyan club that have confirmed their participation.

A total of 20 teams including eight women's and 12 men's will feature in the week-long event.