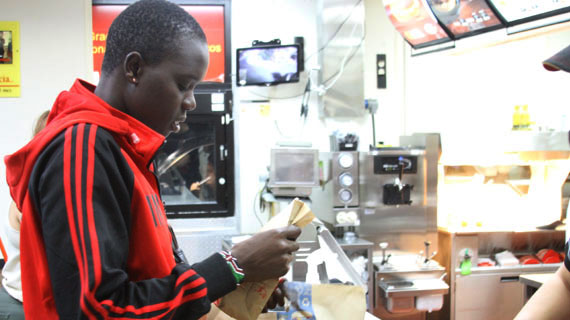 Kenyan volleyball players were forced to crisscross San Juan City- Puerto Rico in the middle of the night in search of MacDonald’s fast food joints after they rejected food offered by the host hotel.

According to team captain Mercy Moim, “The food was too spicy, too salty and was also served in very small portions. The only food we were comfortable with in that menu was bread so we had no option but to look for a familiar meal at Macdonalds.At the same time we just don't eat anything when on travel.We would prefer food we are all familiar with especially when we have crucial matches ahead of us.”

The team manager Martin Kimondo later raised concerns and the caterers agreed to change their diet by including more rice in the food served.