Pipeline, Prisons out of AMACO tourney 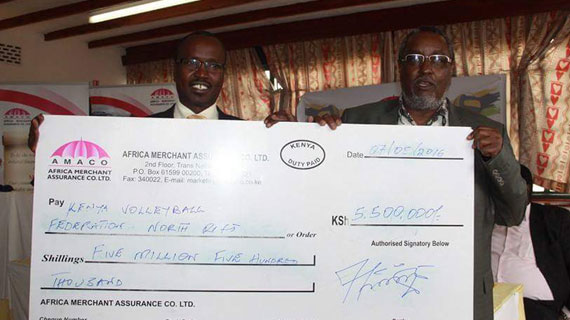 Pipeline, Prisons out of AMACO tourney

The AMACO  International Volleyball tournament defending champions Kenya Pipeline will not defend this year's title when Kenya's most premium tournament serves off Saturday at the traditional Eldoret Polytechnic grounds.

Pipeline and Kenya Prisons (women) pulled out of the tournament that has attracted over 50 clubs from East Africa including teams from Rwanda and Uganda because majority of their regular players are involved with the National team preparation.  Malkia Strikers are preparing for the Continental Olympic qualifiers in Puerto Rico and the FIVB world Grand Prix group  three opening leg in Argentina in June.

"It is unfortunate that these two top teams will not be with us but it is also good for the small teams which will have the chance to prove their worth.  Small teams need to replace the big ones, " said AMACO CEO Jonah Tomno.