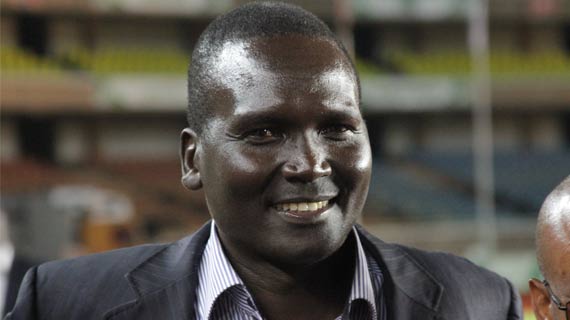 Kenya's former long distance runner Paul Tergat has today declared that he  will be vying  for the National Olympic Committee of Kenya  (NOC-K)  Chairman's post during the forthcoming elections.The NOC-K elections have been set for 5th May.

With 29 unopposed votes during a Special General Meeting in March , the new document is expected to usher in a new era of leadership at the Committee especially after wide allegations of financial and resource misappropriation by the current office that is led by former legend Kipchoge Keino.

In his statement released on Thursday afternoon , Tergat  says that  "After serving the nation as an athlete for more than two decades, today marks another new chapter as I join another race in my career. For a long time, I have watched from the periphery in as far as the management of sports is concerned. At times, I have played peripheral role just to ensure that the interests of athletes are taken care of. "

The former world marathon record holder continued to add that "time has come for me to lead from the front and it’s an idea I have thought of very carefully and consulted widely, too. I am sure you are aware of the push and pull we have had at the National Olympic Committee Kenya over the adoption of a new constitution in the last few months. However, the course is now clear with the passing of the new document and we can only look to the future with confidence. It is against this background that I declare my candidature for the position of Nock president ahead of the elections scheduled for May 5. "

Tergat has pledged to ensure there is a  strong sense of togetherness in a bid to have a strong cohesion as Olympic family in this part of the world.

" I believe by offering the best to our sportsmen and women, we can finally create a feeling of inclusiveness. I am ready to serve the sporting fraternity and I am sure with my connections around the world, coupled with your support, we will take Kenyan sports to the next level."