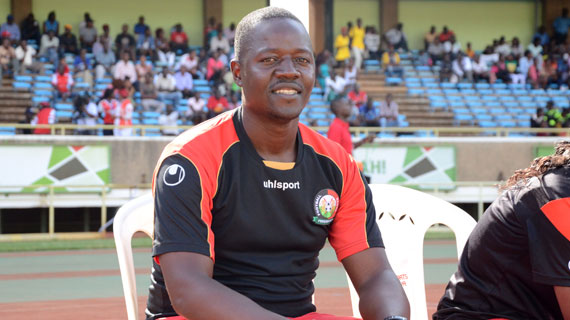 Kenya’s women soccer team The Harambee Starlets are set to take on neighbours Uganda in an African Women’s Cup of Nations qualifier on Wednesday in Machakos.

Harambee Starlets coach David Ouma expects a tougher Uganda side when the two sides clash in an African Women’s Cup of Nations qualifier on Wednesday in Machakos.

Kenya beat the Ugandans 4-0 in two occasions in 2016, first in a friendly match in Kisumu while the second was at the CECAFA Women’s Challenge in Jinja.

However, when the two sides clash, Ouma knows it will not be business as usual.

“They have improved very much over the few years because looking at how their league is active, their players have definitely picked a lot. We expect a tough match when we face them but I know with the players we have, we can get results,” Ouma said.

The coach returns to the team after almost a year out with the man who picked up after him, Richard Kanyi having been redeployed. He says he is elated at his return and he hopes to take the team back to the AWCON for their second consecutive time.

“It is not easy especially in qualification because they are like finals. There is no room for mistakes and you have to give your all in every match,” the coach said.

Ouma also believes the 3-0 friendly win over Zambia last week has upped their confidence and they will be in better shape to down Uganda and get a positive result off the first leg.

“It was a match which we used to test our systems and different new players who we brought in. We have five who were in the Under-20 team that played in the qualifiers and they showed that they are equal to the task,” Ouma said.

He added; “Winning that game was very important for our confidence and we feel we are ready for Uganda. We have worked on the few areas of weakness we noticed and we should be okay now.”

Starlets are looking to qualify for their second ever AWCON having made their debut in 2016, Cameroon. Ouma is optimistic that they will be in a good position to qualify and starting off at home against the Ugandans, they will have the advantage.