Omanyala revved up for races in Germany, Italy ahead of Golden Spike 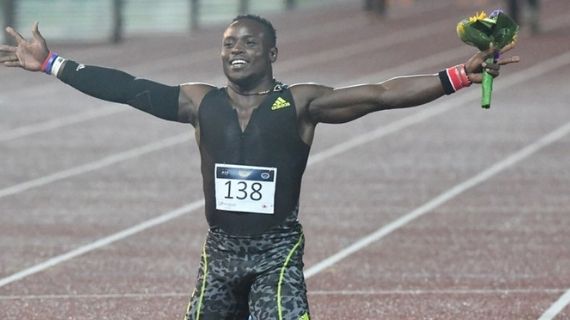 African 100m record holder Ferdinand Omanyala will warm up for a showdown with former world and Olympic Champion Yohan Blake with two mid-level races in Italy and Germany.

African 100m record holder Ferdinand Omanyala will warm up for a showdown with former world and Olympic Champion Yohan Blake with two mid-level races in Italy and Germany.

Omamnyala will face off with Blake at the Ostrava Golden Spike meeting on October 31, a World Athletics Continental Gold Tour meet. The sprint sensation left the country on Wednesday night and will begin his preparations with a race in Italy next week.

“The two races will not be very competitive and I think it is important especially coming from a very competitive race. I just want to keep myself in the momentum before the big one in Ostrava,”  said Omanyala.

The 27-year old competed at the Kip Keino Classic, also a Continental Gold Tour meet, where he won the race in a season’s best time of 9.85secs.

He hopes to run faster on Ostrava, and also beat his childhood idol Blake.

“Of course the target going to Ostrava is to run faster. I want to keep improving. I am really excited to be coming up against Blake. It is always great competing with these huge athletes who I always looked up to when starting my career,”

“I am confident I will beat him,”  Omanyala further stated.

He will also use these races to build up towards the African Championships next month as well as the Commonwealth Games and World Championships trials scheduled for June 23 and 24.