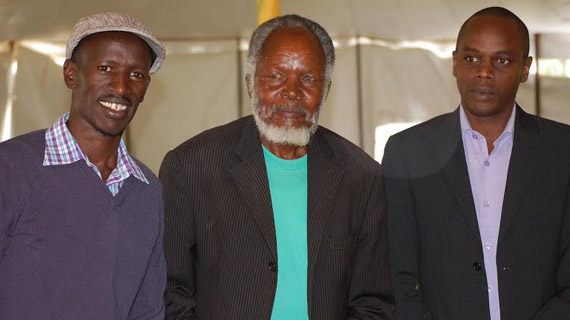 Christmas celebration came early for the athletes who have represented Kenya since the inception of Olympic Games after they were feted on Wednesday in Nandi County.

In an event organised by Lotto Foundation in conjunction with the Ministry of Sports, athletes who represented Kenya at the 2016 Rio Olympic and Paralympic  Games and some from the previous competitions were celebrated with tokens of appreciation to the athletes for their sterling results in the Brazilian City.

The event was meant to motivate the athletes who have continued making Kenya shine on the global stage with the Rio Games being the country’s best ever performance in the Olympic Games.

While speaking at the event, former Olympic steeplechase champion Ezekiel Kemboi lauded the move saying it was very important for the athlete’s efforts to be recognised.

“This is a good gesture to appreciate athletes for their work they do to the country. Mostly we have been doing well on international stage but we are forgotten until the next competition. I am personally happy for this event,”Kemboi who finished third in steeplechase but was disqualified said.

Samwel Muchai who won double gold at the Rio Paralympics exuded confidence that he was motivated to train hard for the next competition.

“I mean this is very good because it even motivates someone to work hard in training. I got two gold medals and I am very happy,” He said.

Ben Kogo who got a silver medal at the 1968 Olympics in steeplechase encouraged athletes to stay clean adding that they brought glory to the country due to their hard work in training.

According to the Lotto Foundation Chief Operating Officer Peter Ng’eno, the move was aimed at encouraging athletes and recognising them for their efforts.

Ng’eno said the foundation is committed in developing the sport.

“But what was also clear to us was the need to ensure that our young and budding talent got a chance to begin honing their skills on the world stage. We therefore supported the Youth Commonwealth Team to Samoa last year, and judging by the result, I am proud to say we have a bright future ahead on the track,” He added.

Kenya’s performance at the 2016 Rio Olympics   was the best ever with six gold, four silvers and four bronze medals.

Samwel Muchai won two gold medals in the T 11 1500m and 5000m categories while, Henry Kirwa  bagged the third gold for Kenya in the T12/13 5000m for the Paralympics category.