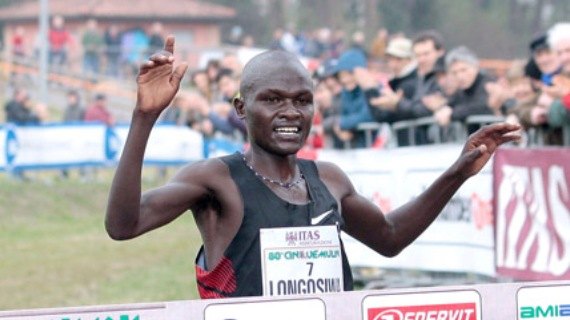 Longosiwa who was axed in Team Kenya for the Rio Olympics is now training for the world show piece in a bid to redeem his form.

The athlete was included in the 5000m team for Rio Olympics but he was later dropped in the last minute despite training together.

“It was really bad that I was called to join the team and later dropped. But now I am training ahead of the cross country event,”Longosiwa said.

Last year he competed at the Spain cross country however he failed to make to the podium.

“In November I ran in Spain cross country  and I have been preparing for it since.I want to try m luck there,”He said.

The athlete who represented Kenya at the 2006 World Cross Country in junior cadre added that injury he picked had locked him from competing in cross country races but he has healed.

But his main focus for the season is to ran at the IAAF World Championships in London in August.

The long distance athlete failed to make a cut for the previous world championships in Beijing.

“The world championship is my main event in the athletic calendar and I have also laid out plans in preparation for the same,” He said.

He began to compete in senior ranks at the 2007 All-Africa Games in Algeria settling in 5000m.

He went ahead to get a bronze medal in 5000m at the 2012 London Olympics  before finishing sixth at the 2011 world championships in Daegu.