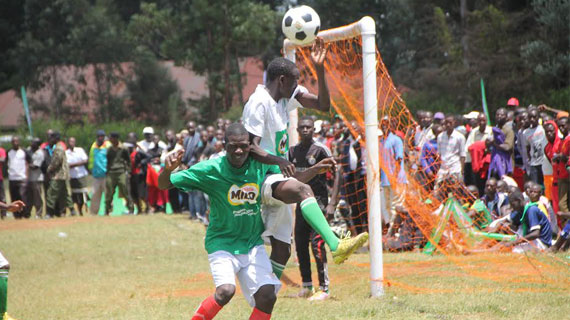 Nzoia Region retained the overall MILO trophy in the 34th edition of the national finals of the Kenya Primary School Ball Games and Gymnastics held in Eldoret, Uasin Gishu County.

Nzoia, which was represented by teams selected from primary schools across Western Kenya, recorded an impressive performance in the entire tournament where they bagged both Gymnastics and Netball titles for boys and girls.

In Netball, Nzoia beat Lake Region by 12 to 11 to reclaim the boys’ Netball title which they last won in 2013.  Nzoia also humbled a packed field of Lake Region supporters to beat them 17 to 14 in girls’ Netball.

Pupils drawn from Emakima and Bugengi Primary Schools from Nzoia dethroned Highland Region as champions by scoring 88-87 marks out of the possible hundred in girls and boys gymnastics respectively.

However, Nzoia failed to defend their 2015 title in boys’ soccer after losing by 2-0 to Coast Region in the semi-finals and subsequently losing to Metropolitan Region 2-1 in the playoffs.

Coast Region won the girls Hand Ball title, for the first in time in six years, after beating defending champions Nzoia by 15-12 in a highly contested match.

Host Mau Region kept home the boys’ Handball title after beating Metropolitan 18-16 to reclaim the title they last won in 2013.

Over 1200 pupils from across the country participated in the 2016 national finals which were again sponsored by Nestlé Kenya through its MILO brand to a tune of Sh5million for the 8th consecutive year.

The national finals are a representation of the top schools from the regions across Kenya previously known as provinces.