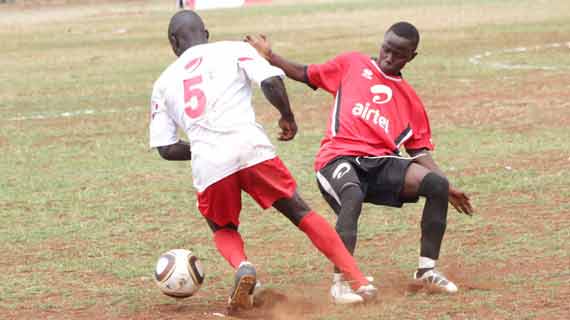 In an interesting turn of events, St. Anthony's Kitale will now present Nzoia Region at the Airtel Rising Stars National Finals after defeating defending champions Kakamega High School 1-0 in a replayed fixture in Machakos on Monday 27 July 2015. Steve Mweni was the man who struck the deadly blow, his rasping shot after just five minutes of play sealing the "Solidarity Boys" place at the National Finals which will be played at the same venue.

The replay was ordered by the Kenya Secondary Schools Sports Association's National Executive after the two sides had originally met in the Nzoia Region final in Busia on 11 July, that particular fixture called off due to crowd trouble as Kakamega led 1-0 courtesy of Eric Ouma's 75th minute strike.

St. Anthony's now slot into Pool A with Kisumu Day, Kathungi and Garissa High while Pool B has Laiser Hill, Waa, Passenga and Simotwo. The action kicks off on Tuesday 28 July 2015.