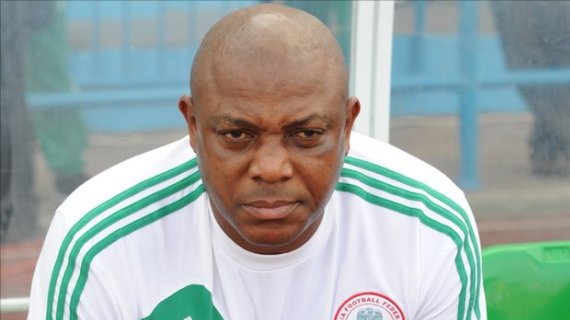 “Having thoroughly reviewed the reports/findings of the NFF Disciplinary Committee and NFF Technical and Development Committee, as well as having reviewed the actions and inactions of Mr. Stephen Keshi, in the performance of his duties as Super Eagles’ Head Coach, which we found to lack the required commitment to achieve the Federation’s objectives as set out in the Coach’s employment contract," the statement read.

“To this end and pursuant to the provisions of Clause 4.3 of the Employment Contract between Mr. Stephen Keshi and the NFF (The Contract) and the various clauses therein, the Nigeria Football Federation has decided to exercise its option to summarily terminate the employment contract of Mr. Stephen Keshi with the Federation with immediate effect.”

Keshi, who is the most successful Nigerian Coach, will however be paid all his dues as per the contractual terms as the termination was  “without prejudice to the settlement of any existing and due financial obligations between the NFF and Mr. Keshi”

NFF has appointed a joint caretaker Committee led by Assistant Coach Salisu Yusuf and the Technical Directorate of the NFF headed by Coach Shuaibu Amodu until a suitable replacement is found.

Keshi took over the reins in 2011 and helped Nigeria win the 2013 Africa Cup of Nations, a year he was also named Confederations of African Football's African Coach of the Year 2013.

He was at loggerheads with the NFF following a decision to apply for the Ivory Coast job while still a Super Eagles coach.

Super Eagles last outing was against Chad on 13th June, an Africa Cup of Nations qualifier macth they won 2-0.