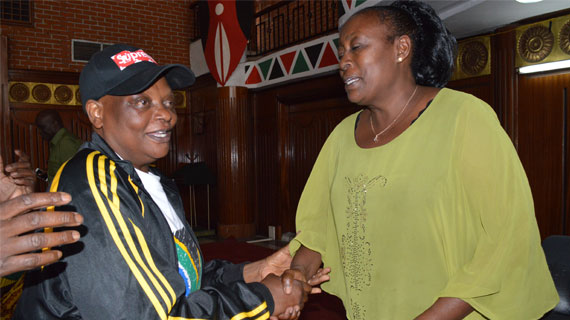 The newly elected Kenya Netball Federation president Immaculate Wambui Kabutha has pledged to change the fortunes of the game in the country.

Kabutha was elected on Saturday during the national elections held in Nairobi and will be replacing Rev. Mildred Wanyama who lost  the seat having garnered only  7 votes against Kabutha’s  54 votes.

Speaking in Nairobi immediately after being named the new boss, Kabutha says, ‘I thank everybody in this hall for electing me and showing faith in me. I will change the image of Netball  by involving everybody. I’m ready to work in partnership with the Government, Ministry of Sports, all the 47 counties, parastatal bodies and all sports Stakeholders to resuscitate this game  that has been dormant.”

She went on to add that, “It will never be business as usual. We have a lot to do and I believe with my newly elected team, we shall aim high and ensure Kenya is represented in continental matches like other sports disciplines. We shall be consulting.”

The new president who is a retired Principal added that his team shall be looking at the Federation’s constitution to see where there is need for change as well as planning a calendar of events for the season.

She also promised to get sponsors for many tournaments and national events.